The AIT team members are all leaders in their respective fields and bring to this effort not only an impeccable reputation for exceptional service, but also state-of-the-art technology, best-of-class service delivery, the most qualified and experienced staff in the industry, and demonstrated excellence in managing and implementing program efforts.

In assembling a team of world-class performers for our contracts, we seek out partners based on their capabilities and reputation, not on pre-existing relationships. Each of our partners plays a major role in the development of the operational model for our efforts. Below, AIT describes some case studies our related experience in support of our ongoing IT Asset Disposition initiatives.

AIT processed printers and related IT products on behalf of a federal civilian agency for a channel partner. AIT coordinated the logistics of removing the assets from the agency, totaling nearly 150 pieces. After the Test Audit Process, some of the devices received were found to be inoperable and were sent to recycling. The balances of the printers were remarketed, facilitating a return of $10,745.00 (Post Audit) for the agency to use for new printers and IT infrastructure.

A Fortune 500 financial services and investment firm issued a corporate mandate that internal IT systems should be donated at the point of replacement. Key factors facing the firm were data security (Gramm-Leach-Bliley Act), the ability to schedule frequent logistics movements due to space limitations and a cost-effective solution that minimized the strain on the internal IT department to facilitate this directive. AIT has utilized the services of a logistics partner, to facilitate the collection and removal of IT assets, typically within 48 hours of the client’s initial request. All Client facilities and properties have High Security Requirements and complex accessibility issues to equipment (that is; small repositories on multiple floors within buildings).

AIT responded with a fixed cost solution to address the requirements of the firm. Each individual drive is scrubbed to a DOD 5220.22M industry standard. AIT’s pricing solution has remained consistent since contract award and has been at or below the budgetary requirement of the firm. Furthermore, all asset tags are recorded and removed and all inventories are made available to Client’s IT department so that their team can update the internal asset management database. All reports are specific to the date and location of the equipment as mandated by Client’s IT Department. The firm’s IT department also scans all assets prior to transfer to AIT as a means of controlling the flow of the asset disposition process.

AIT manages the logistics process and coordinates the removal of IT assets from various Client facilities on a regular basis. Client began transferring assets from sites outside of the metropolitan New York area to AIT because of the streamlined process that has been implemented by the IT department.

The primary objective to assisting the firm with the donation of IT assets was accomplished by introducing the nationwide charity to Client. Charity, a non-profit organization, assists other non-profit entities as a source for information technology equipment. These organizations, in some cases, are not eligible for federal support due to religious affiliation and the assets received to date from Client have gone a long way in providing necessary IT upgrades that might otherwise be neglected due to strained budgetary resources.

Healthcare client, a leading provider of nursing care and rehabilitation facilities, was planning for a technology refresh. This client, unlike most other AIT customers had utilized the services of a competitor to AIT on a previous technology upgrade. Since the use of an asset disposition firm is new to most organizations, this clearly speaks to the determination of the client’s IT management team to reduce the liabilities of IT asset retirement.

After providing AIT with an opportunity to perform related tasks on a pilot agreement, the company expressed an appreciation of the level of reporting and instantaneous share of information that was specific to AIT’s process. Faced with the projection of upgrading over 300 facilities within an 18 month period and a centralized IT support team in Texas, that depends heavily on contractors to perform the upgrade, client indicated that the ease with which AIT was able to coordinate logistics for multiple sites simultaneously and provide for the disposition of various types of IT assets was the decisions that led to the selection of AIT as the selected partner.

AIT identified an area where this client could further reduce some of the project costs by suggesting the use of common delivery carriers (such as FedEx or UPS) to facilitate the logistics of limited quantities of assets. Client extended the relationship with AIT to include the processing of IT assets that may be returned to Houston for storage and future use, but require data cleansing and testing. Client processed in excess of 3,000 IT assets through AIT and has one of the lowest processing cost averages of AIT’s clients due to the remarketing effort of excess and surplus systems. Today, AIT is assisting this client with a cost-effective, fixed price solution that is far below the initial budgetary requirements as originally outlined during our introductory phase.

A major Government Prime Contractor selected AIT to provide asset disposition services for wholly owned assets of contractor that were in place under a seat management contract with the a government agency. When evaluating partners for this project, contractor selected AIT in part because of AIT’s GSA Schedule and small business status. Additionally, the full service solution of managing logistics, inventory reporting, immediate credits for working systems and environmentally responsible processing for non-working units made AIT the ideal choice for this expansive government services supplier.

As the frequency of pickups increased to almost daily and a coordinated effort of pickup up assets on a regular basis at end user clientÕs headquarters in Washington, DC began. Carefully coordinated in that the average number of systems pickup up at any one time is small due to significant space limitations. AIT also coordinated the effort of pickup up assets from approximately 11 remote facilities throughout the Continental United States. AIT has partnered with a logistics, partner to facilitate the transfer of assets to AIT.

Since AIT applies immediate credit for systems once they have been audited, as indicated on a proprietary valuation matrix, contractor has only realized credits from AIT to date for all system processing.

Currently, AIT and contractor have expanded the partnership

AIT had been contracted to manage a complex IT asset retirement program nationwide encompassing 1500 credit card processing servers from 500 various locations through Commercial Integrator, a global service provider of networking and IT infrastructure services.

The project was extremely time sensitive in that these devices are responsible for processing all End-user client credit card numbers for sales transactions and could not be down for more than 4 hours at any given time. Paramount to the process was the destruction of data that resided on each server as it was considered a highly classified and that of as sensitive nature to End-user client International.

AIT proposed a fixed cost solution that met the budget requirements of End-user client while delivering all services in a timely and efficient manner consistent with End-user client mandates and core objectives.

The process encompassed a 48-hour window of logistics for an AIT partner to perform onsite packaging, & removal of servers from highly secured banking facilities, some of which were managed out of normal business hours.

The servers were transported to AIT facility for receipt and processing whereby all hard storage media were either scrubbed using the DoD 5220.22M process or Degaussed (destruction passing the media through a magnetic field).

Each server had specific asset information that needed to be recorded and reported back to End-user client along with certificates of destruction for each site pickup that occurred.

Throughout the duration of the contract End-user client was extremely satisfied as to the ongoing support and problem resolutions that occurred related to retrieval of the servers in a timely manner. Since the completion of the project, AIT has performed numerous other projects for both the integrator and End-user client. 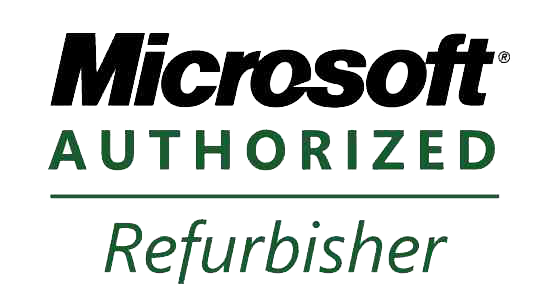